Home Opinion Blogs Effect and cause 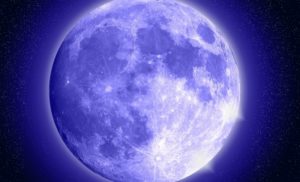 Those who have followed how Israel is covered in major media won’t be surprised to hear that the normal rules of cause and effect don’t seem to apply. As in: “Iran strikes Israel sites in Golan Heights; Israel retaliates.” Instead, the May 10 AP headline reads: “Israel hits dozens of Iranian targets in Syria after barrage.” Effect comes after cause, ensuring that the narrative of Israel as the big bad culprit thrives.

Fast forward to May 29. The Gazans’ “peaceful” demonstrators have been revealed as a fraud — terrorists dressed in terrorists’ clothing. The tide of the pro-Gaza PR machine starts to turn. But because Gaza’s leadership has no interest in peace nor in progress, it decides to fall back on a tried-and-true method: bomb Israel. Rockets are fired across the border, including one that hits a (thankfully empty) kindergarten. The BBC headline reads: “Israel strikes Gaza after heaviest mortar barrage in years.” Cause and effect? Not when it comes to Israel. Then it’s effect and cause.

The bias against Israel has long been documented. Whether it’s at the UN Human Rights Council, which regularly condemns Israel while letting all types of inhumane dictatorships go with rare criticism, or whether it’s in the media, by either outright propagating anti-Israel reporting or going with the more subtle variety, as mentioned above.

There’s a reason why anti-Israel(ism) is the new anti-Semitism. It’s because of this bias, and the lack of any good reason why Israel is singled out, over and over, by the international community and media for a special level of criticism. In a world where a dictatorship in North Korea has in just two generations literally mutated the genes of its people through deprivation and a regime in Syria employs chemical warfare against civilian targets, somehow Israel takes center stage. It’s becoming increasingly difficult for rational people to come up with another explanation.

Perhaps the world is finally taking notice of this asymmetry. This week, Europe for one of the first times, came out forcefully against Gaza’s actions. After all, even a blue moon appears every two to three years.