Eliyahu “Eli” David Kay, 25, a South African immigrant to Israel who was murdered in a terror attack in Jerusalem’s Old City on Sunday morning, Nov. 21, was laid to rest in the presence of thousands of mourners at Jerusalem’s Har HaMenuchot cemetery on Monday afternoon, Nov. 22. Thousands more watched the funeral live online. 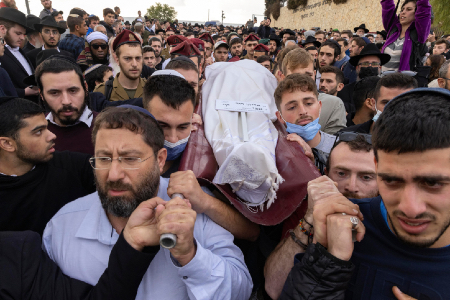 Kay, who worked as a tour guide at the Western Wall Heritage Foundation and was on his way to prayers at the Western Wall, was gunned down by Hamas-affiliated terrorist and Jerusalem resident Fadi Abu-Shkadem, 42, who was known to preach anti-Israel hate during sermons he delivered in area mosques.
Kay was taken to Hadassah’s Mount Scopus hospital, where he was pronounced dead. “A victim with a serious head injury . . . was evacuated [to the hospital] while receiving CPR, with no vital signs,” the hospital said in a statement. “A trauma team continued the CPR but was forced to pronounce his death.”

A video shared on social media showed several people running in the Western Wall plaza at the time of the shooting. Among the injured were Jews who were still wearing ritual prayer garb after praying at the Western Wall.

Four other Israelis, two civilians and two border police officers, were wounded in the attack. One of the injured civilians, a rabbi in his 20s, remains in serious but stable condition and underwent multiple surgeries on Sunday night. As of Monday, he was said to be in an induced coma at a Jerusalem hospital.
Israel’s Minister of Public Security Omar Barlev said the attack appeared to have been planned ahead of time.

“The terrorist was a member of Hamas’ political branch who regularly prayed in the Old City. His wife fled abroad three days ago and he used standard weapons that are not commonly available in Israel,” Barlev said at the scene of the attack, according to The Times of Israel.

Abu-Shkadem, who sprayed his victims with submachine gun fire, was killed by security personnel with the assistance of an armed civilian within seconds of opening fire.

Kay arrived in Israel in 2016. After studying at a yeshiva in Kiryat Gat, south of Tel Aviv, he enlisted in the Israel Defense Forces’ paratroopers unit as a lone soldier, where he earned the rank of sergeant.

After the army, Kay volunteered with the HaShomer HaChadash organization’s post-army program, working in agriculture in the Gaza border community of Kibbutz Nirim. The organization posted on social media that “after finishing the program, Eli even stayed longer to be a field coordinator and led the agricultural work of a group of graduates.”

Kay’s parents, Avi and Devorah Kay, and three siblings who survive him — Kasriel, Chanan and Na’ama — immigrated to Israel from Johannesburg within the past year to join him. They currently live in Modi’in.

Both his older and younger brother enlisted in the IDF as well, with a family member telling JNS that Eli was their inspiration to join the army.

Kay served as the best man at his older brother Kasriel’s wedding several weeks ago and was in a serious relationship at the time of his death.

‘He believed in the State of Israel’

Kay’s grandparents and other family members from both South Africa and Great Britain traveled in Israel for the funeral.

Funeral participants awaiting the ceremony sang solemn Jewish songs, with one participant carrying an Israeli flag and then the flag of Kay’s paratrooper brigade.

Representing the government, Israel’s Minister of Diaspora Affairs Nachman Shai addressed the deceased: “The land of Israel which you loved so much bids you farewell with a heavy heart. Today, we say goodbye to the paratrooper, the warrior, the yeshiva student, the citizen of the State of Israel who came here to Israel to fulfill a dream — a dream which he ultimately lost his life for. May G-d avenge his death.”

His brother, Kasriel, eulogized: “When G-d wants to take somebody he chooses the time — where and when.

“When we leave here today, what will change in our lives? What will we do so that my brother’s memory survives forever? What will we do to perpetuate what he stood for so these things [terror attacks] don’t happen?

“Everyone must take responsibility for our country. Everyone has a role, and Eli would have wanted everyone to give his 100%, the best of their ability in whatever works for them to protect and to advance our country.”

Michaya Beasley, Kay’s deputy company commander for a year in the paratroopers who worked closely with him, told JNS that “the most important trait he had was his warm and compassionate nature. He truly believed in v’eahavta l’reiacha kamocha (‘love others as you love yourself’).”

“He really believed in the State of Israel — the Land of Israel and the Torah of Israel, and everything he did was derived from there,” he said.

Beasley said that “Eli motivated his soldiers who looked up to him and admired him, as well as his commanders, as someone who left everything in South Africa to come and serve in an army far away. And even though the army is very hard, he never wavered in his belief, and he was always focused on doing what needed to be done.”

Kay’s first cousin, Chaya Fuss, told JNS that “Eli was a trailblazer, filled with love for the land of Israel. He led the way for his entire family to leave their family, friends, and community to make aliyah.”

She added that his family and friends “are devastated by this loss in the land that he loved, doing what he loved, holding his beloved holy objects. Eli loved his close-knit family, his friends and his country. He was loved by all.”

As if speaking to him, Fuss added: “We have heard endless stories of bravery, kindness and spirit over the past 24 hours. May your soul [Eli] soar to the highest heights and protect us all in the next world as you did for us in this one.”

JTA contributed to this report. 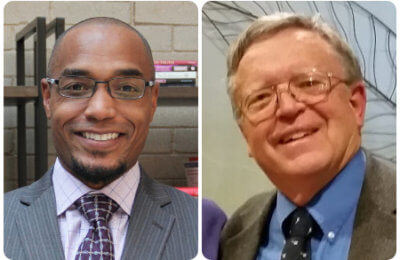 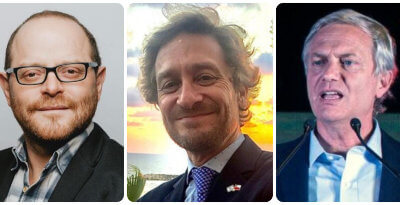 Ahead of elections, Chilean Jews feel under ‘siege’ 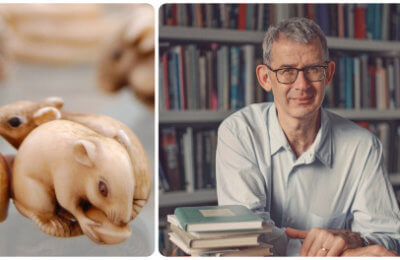 The Hare with the Amber Eyes

We are deeply appreciative of the support shown by you during these challenging times — through new subscriptions, continued advertisement or your positive notes and comments. Like other small businesses and media companies, the IJN continues to be impacted in unprecedented ways by effects of the coronavirus.

As a thank you, if you subscribe today or give a gift subscription*, we will send you (or your gift recipient) a copy of The Unexpected Road, Rabbi Hillel Goldberg’s collection of stories of inspirational lives encountered as a journalist, scholar and student. Simply enter the coupon code BOOK at the top of the page when you check out. (*For a gift subscription, add the recipient's name and address in the Order Notes when you check out.)