Butte, Montana: Save our shul

BUTTE, MONTANA — At the corner of Galena St. and Washington St. in downtown Butte, Montana, sits a three-story structure, one of the most historic places in the state. A mere mention of the building that housed Congregation B’nai Israel and longtime Butte resident Janet Cornish cannot avoid being wistful. 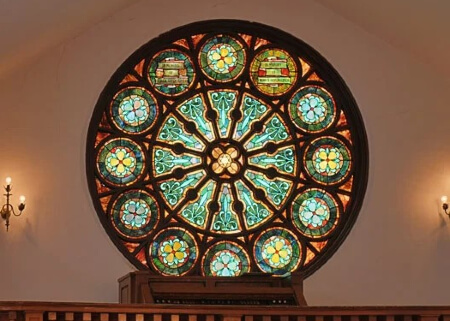 “We had a very large Jewish presence in business here. And, the first and third mayors of Butte were Jewish.”

Those were the days. Founded in 1903, B’nai Israel built a membership of 100 families and was renowned as the longest-serving synagogue in the state.

The population is now 34,494. The city that once boasted three congregations evolved to only a small one.

The membership of B’nai Israel has now dwindled to six members, with fewer than 10 Jewish families in the entire city.

Services are no more – the congregation has not had a rabbi for five or six years — and virtually all that is left of the synagogue is the brick edifice in downtown Butte.

“There are a lot of factors,” Cornish says. “One is that mainstream religion in general has seen a decline. The country is shifting — economic opportunities seem to be more appealing in larger urban areas.”

B’nai Israel’s plight is not a singular case. Across the US, cities that lose a major revenue stream find their synagogues at risk. Or, as demographics change, some congregations simply “age out.”
One such example is Temple B’nai Sholom in Quincy, Ill. In 2019, the synagogue closed after 181 years of operation. It was the second-oldest synagogue west of the Allegheny Mountains.

Cause of closure: an aging population.

In 2021, Anshe Poale Zedek Synagogue, which started in 1860 in Manitowoc, Wisconsin, closed.

Cause of closure: Big box stores forced the demise of small businesses, which were the backbone of the small town.

“Congregation growth, decline and stability is highly correlated with the growth decline in stability of the local economy,” says David Fine, former regional director for the URJ.

“Detroit has done this as the Jewish community has left downtown,” Fine says. “There’s still one synagogue downtown, but the suburbs are burgeoning in every direction.

Mention Butte, and Ruth Cohen feels the pain of the people in Montana. From her office in Denver, Cohen is director of the congregational engagement and support team of the URJ.

“We’ve just had literally four or five congregations in California that were really small that have ended up closing,” says Cohen. “COVID is a piece of it, though not all of it.

“When you have a small membership with maybe 20 families who are all around the same age, unless they can attract younger families to come in, people eventually move to be with closer to their children or their grandchildren, and congregations just can’t maintain themselves any longer.”

Cohen’s great-great-great-grandfather, Aaron Jaffe, was a rabbi from Germany and one of the founding members of Temple Aaron in Trinidad, Colorado, which opened in 1889. At one point Trinidad was essential in connecting railroad lines transporting coal. A bulk of the congregants eventually moved to New Mexico, or elsewhere.

“The family were pioneers at the time,” says Cohen. “But Jews tend to go where big communities are, and there’s not a big Jewish community in Trinidad anymore.”

Temple Aaron, however, has undergone a reversal of fortune. The congregation’s historic Victorian synagogue, once faced with closure after it was put up for sale in 2016, found a resurgence through successful fundraising campaigns toward much-needed restoration of the building.

The congregation has stayed afloat and conducts services and special events, and the building remains the third-oldest synagogue west of the Mississippi River.

In the case of Montana’s B’nai Israel, the fate was purely demographics. However, there is some consolation; the building has turned into a cultural center, with assistance from the Jewish Community Legacy Project and Silver Bow County.

“This would not only honor Butte’s Jewish heritage, but all the other ethnic groups and cultures that Butte was honored to call home,” said Cornish.

“Our archives here are world class. It means the temple building and its heritage will be preserved, and the building won’t get boarded up.

“It doesn’t mean that part of our history is going away. It just means the building is serving a new purpose.”

At present, it is a bit of an excursion for Cornish and the scant Jewish population in Butte to attend services. The nearest synagogue is in Missoula, 117 miles from Butte. The shul in Bozeman is 119 miles away.

At the very least, the surviving members of the Butte community can simply drive through downtown Butte, and see what once was.

Previous PostThe rabbi replies: Salomon Gruenwald Next PostIran to Los Angeles to Seattle to Denver — via the IJN