Steinsaltz offers new type of commentary on the Torah 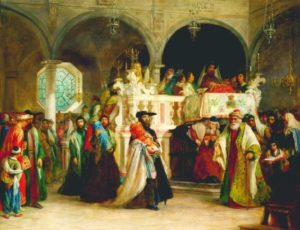 On Simchat Torah this Tuesday, the last piece in the Torah is finished and the first piece — Genesis — is begun. The just published, new type of commentary on the Torah by Israeli scholar Rabbi Adin Steinsaltz arrives at this opportune time.

Rare is the close-cropped commentary on the Hebrew Bible that is equally useful to one who knows not a word of Hebrew and one who knows the language well.  Steinsaltz has written just such a commentary.

It’s as if the word interpolation were created just for Steinsaltz’s chumash. Webster defines interpolation as “to insert words into a text.”

Steinsaltz’s text is the Hebrew Bible in translation. But in Steinsaltz’s commentary, very few verses in it continue beginning to end. Rather, Steinsaltz interrupts the verse by smoothly interpolating words that explain the meaning of the biblical words, the context of the words, or the logical link between one phrase and the next. The translated Biblical text is produced in boldface; the interpolations — Steinsaltz’s commentary — is in plain text. Thus the text and commentary read as one whole. The text acquires much more meaning than when it stands alone.

Here is an example of a Steinsaltz comment that explains the meaning of biblical words from this week’s Torah portion, the first in the Hebrew Bible, Genesis 2:21:

“The L-rd G-d cast a deep sleep upon the man, and he slept; He took one of his sides [tzalotav]. Although many commentaries interpret the word tzela as rib, it seems more likely tzela refers to a whole side of the body. If so, one must conclude that the man was originally created with a double body, one half of which was separated from him now. And G-d closed with flesh in its place, where He had removed this side.”

Here is an example of a Steinsaltz comment that explains context of the Biblical words, Genesis 2:23:

“Before the man fell into a deep sleep the woman was part of him. Only at this point, the man said: This time, this particular entity, is a bone from my bones, and flesh from my flesh. On the one hand, the man realized that the woman was part of his original composition; on the other hand, he knew that she was a stranger to him. What was once a single being was now divided into two separate entities that were capable of relating to one another. This shall be called woman [isha], because this was taken from man [ish]. The linguistic similarity between the terms representing man and woman, ish and isha, attests to the resemblance between them.”

Here is an example of a Steinsaltz comment that explains the logical link between one biblical phrase (the one just cited, Gen. 2:23) and the next, Genesis 2:24:

“Since man and woman were not created as separate beings, their relationship is unique among creations.

“Unlike the males and females of the animal world, which have always been separate entities that develop independently, man and woman were once a single person. This unique status is what creates the special bond of love between a man and a woman and give meaning to the institution of marriage. Therefore, a man shall leave his father and his mother, and he shall cleave to his wife, and they shall become one flesh. Initially, the strongest bond between members of a family is the bond between a child and his parents. Nevertheless, the bond between husband and wife surpasses even the bond between a person and the family of his childhood.

“One’s bond with one’s parents certainly remains even after marrying, but it grows weaker.”

As in all of Steinsaltz’s major publications, his commentary on the Torah is filled with maps, charts, artistic representations of historical events and other illustrations, probably hundreds in all.

Just to cite a very few examples, in the first portion in Genesis there is a map of the possible locations of the rivers mentioned in Gen. 2:11 and of the Tigris and Euphrates Rivers (2:24). Then there is a picture of the locust of the 10 plagues (Ex. 10:4); a picture of a sheep and a goat (animal sacrifices; Lev. 1:10); a color re-creation of the Tabernacle, with its curtains, cords and pegs, showing the different layers of the Tabernacle’s coverings (Num. 4:25, 26 ff.); and a pit dug for water storage from the Nabatean period next to Khirbet Iza in the Judean Desert (Deut. 6:11; hewn cisterns).

Another favorite of Steinsaltz is the pertinent botany, represented by many pictures.

This volume includes the full Hebrew text of the Bible, produced on each page opposite Steinsaltz’s translation and interpolated commentary, plus the full text of the Rashi commentary on the Torah, as well as all of the haftarot.

Beginner and scholar alike can benefit from and be provoked by The Steinsaltz Humash (2018). 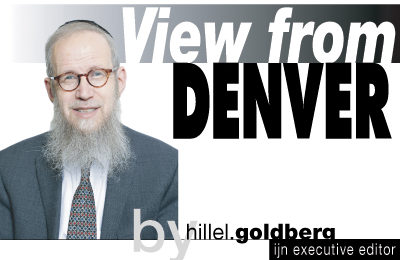