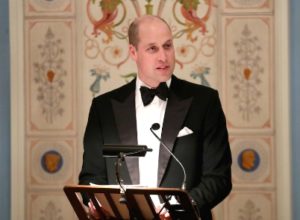 This year is beefing up to have a lot of firsts for Israel. In May, the Giro d’Italia will have its “Big Start” in Israel, the first time a major cycling race has had its start outside of Europe.

Earlier this week, Air India announced that Saudi Arabia has granted it permission to use its air space for its Delhi-Tel Aviv route.

And earlier this month: an announcement that a member of the British royal family will for the first time visit Israel. And not any member, but one its highest ranking — second-in-line to the throne Prince William.

According to the British Embassy in Israel, the Prince William will visit Israel, the Palestinian territories and Jordan this summer. No other details have yet been announced.

Many observers believe that the royal family had a policy of not visiting Israel because of the Zionist movements’ use of violence against British nationals during the time when Palestine was under British rule.

One such case was the assassination of Lord Moyne in 1944. Moyne’s given name was Walter Guinness, which should clue you into his business. He ran the famed Guinness brewery — a family concern — in Dublin, Ireland. He also served as the British minister of state in the Middle East, and was accused by some Jews of being anti-Semitic and anti the establishment of a Jewish state, although opinions on the validity of these claims range. Moyne was murdered in Cairo by Lehi, also known as the Stern Gang, a Zionist paramilitary group.

If that bloody history was indeed the reason why royals stayed away — and we’ll probably never know because the Brits are far too polite — it seems the royal family is ready to move on. And Israel is ready to welcome Prince William. Bibi called the visit “historic” and said the prince would be “greeted here with great affection.” We have no doubt. We can’t wait to see the pictures of the prince at the Kotel!