Philip Roth’s possessions to be auctioned

NEW YORK — There are fans of Philip Roth who enjoy his books. Then there are the fans who want to own his typewriters.

The latter have their shot: Some of the late Jewish author’s typewriters are among the 129 items from his estate going up for auction via Litchfield County Auctions.

Online bidding starts at 11 a.m. on July 20, with the profits going to charity (the specific charities have not been disclosed by the Roth estate).

The starting bids for most of the items are not high relative to other celebrity auctions. (Not that all parts of Roth’s estate sold since his death last year have been a bargain: In February, his New York City apartment was put up for sale for $3.2 million. The listing agent, Lisa Lippman of Brown Harris Stevens, did not immediately return a request for comment by JTA about whether it had been sold.)

Here’s a checklist of some of the more unusual items that are part of the auction — from a decorative plate featuring the face of Richard Nixon to a Balinese shadow puppet — that could take you to the next level of fandom.

Roth did own some classic coveted Olivetti typewriters, including a green Lettera 32 on the auction block. But eventually he replaced them with IBM Selectric models, also up for sale. One of the characters in his novel The Anatomy Lesson described the IBM model as “smug, puritanical, workmanlike.” Not exactly a ringing endorsement. The starting bids range from $50 to $150. 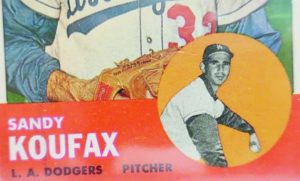 A Roth portrait by the Jewish artist R.B. Kitaj

Roth and Kitaj (born Ronald Brooks in Ohio) met when Roth and his wife, Claire Bloom, lived in London in the late 1980s. The two became close friends and influenced each other creatively.

The portrait in the auction isn’t the only one that Kitaj painted of his pal, but it’s one Roth chose to have in his apartment. The earthy oil painting is sparse — the auction house suggests it may even be unfinished — but Roth clearly didn’t seem to mind. Bidding starts at $300.

A decorative plate featuring the Nixons

Roth and Richard Nixon weren’t exactly friends. In fact, the Republican president described the author as “a horrible moral leper” and “a very bad man.” There was a clear reason for the animosity:

Roth ruthlessly parodied Nixon in his 1971 book Our Gang, which features a president named Trick E. Dixon. So that Roth owned this collector plate featuring Nixon and wife Pat — and is chipped in perhaps a perfect metaphorical way — is evidence that he was probably a pretty good troll. Bidding starts at $30.

It’s not clear if this 40-inch animal figure bore any special significance for Roth, but it was found inside a guest bedroom. The auction package includes a “Shh . . .” door sign from a Ritz-Carlton hotel. The giraffe was made in Madagascar, and bidding starts at $30.

This colorful puppet from Bali is made of painted leather and its rods are made of quill. The auction house’s description suggests it may be thematically connected to Sabbath’s Theater, Roth’s novel about a 64-year-old unemployed former puppeteer (who he reportedly loosely based on Kitaj). The starting bid is $30. 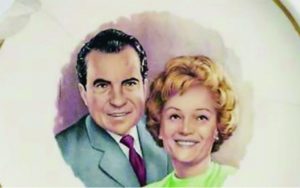 Roth was famously a New York Mets fan who became a Yankee fan over time — the equivalent of baseball heresy. So it’s fitting that Roth loved Yogi Berra, a Hall of Fame catcher who played for and managed both the Yankees and Mets (and who was widely known for his literary malapropisms).

Berra also repped Roth’s New Jersey hometown as part of the now-defunct minor league Newark Bears before making it to the major leagues. He earned a mention in The Great American Novel — Roth wrote about the body that elects players to the National Baseball Hall of Fame:

“You should have heard those fools! How could they keep out Berra when back in ’55 they let in Gabby Hartnett, who was never half the catcher Yogi was!” Roth also owned a bat that belonged to Berra, and it’s in the auction. Bidding starts at $50.

That’s not the only piece of Roth’s baseball memorabilia that’s up for grabs — there’s also a 1963 Topps Sandy Koufax card, complete with plastic sleeve for protection against the elements.

That year was one of Koufax’s best seasons, which saw him win the MVP and Cy Young awards, along with a World Series championship. Maybe Roth had a soft spot for the Jewish sports legend, known for sitting out a World Series game to observe Yom Kippur. Bidding on the card starts at $50.

A Maurice Sendak poster with a personal dedication

The beloved Jewish illustrator and author of Where the Wild Things Are included a personal message for Roth and his then-wife Claire Bloom on this poster memorializing a performance of Mozart’s “Idomeneo” opera, which was staged in Los Angeles in 1990.

“For Claire and Philip — with all my love,” Sendak wrote on the poster. Its starting bid is $150.

This black Samsonite rolling suitcase was likely a favorite of Roth’s, as it still has a hand-lettered luggage tag with his name and phone number on it.

It is “used, but fully functional,” according to the auction house’s description. All those book tours take a toll. Bidding starts at $50.

Previous PostDenverites win gold at Maccabi games Next Post'Go back'