Home Opinion Blogs From the archives…August 16, 1929

There are no coincidences — including “turning” to the front page of the IJN’s August 16, 1929 edition and seeing a lead story about the Jewish Consumptives’ Relief Society. 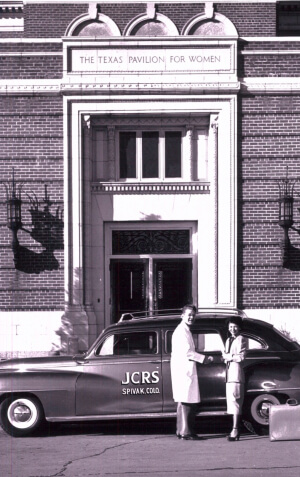 Why might we be inclined to find this a coincidence? Well just last week we reported on the Spivak family reunion — the same Dr. Charles Spivak who founded the tubercular hospital. The reason why this isn’t the biggest coincidence? Spivak also founded the IJN, though we do have to admit it is remarkable that the random issue we navigated to happened to coincide with the hospital’s 25th anniversary.

Even more fun? The article is in honor of the hospital dedicating its new Texas Women’s Building, a photo of which appeared in the print version of our story last week (see right).

That the hospital was celebrating its 25h anniversary in 1929 goes to show how deeply rooted Denver Jewry is. But JCRS wasn’t just a local institution. It was national — as the coverage clearly shows. There were ladies auxiliaries as far afield as New York, and representatives were coming from across the country.

Another name pops up here, one that has been mired in controversy in recent years, even prompting the renaming of a Denver neighborhood. Among the dignitaries speaking at the 25th anniversary convention was Denver’s then-mayor, Benjamin Stapleton, today more known for his association with the Ku Klux Klan.

Also of note from this front page — though admittedly nothing to do with JCRS — is an article about a $6,000 donation to the Cleveland Orphan’s Home — which just happens to be where the father of longtime IJN editor and publisher Miriam Goldberg was raised. 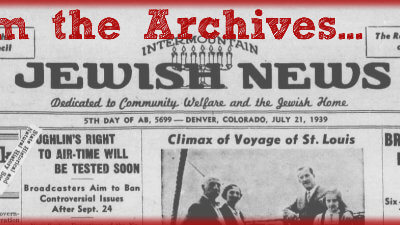 From the archives: A king’s death, a queen’s coronation 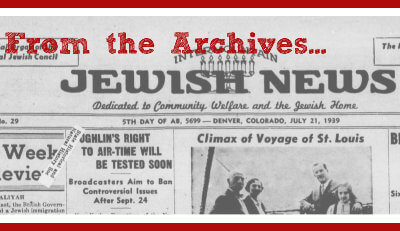