Father of Taylor Force speaks ahead of Denver visit 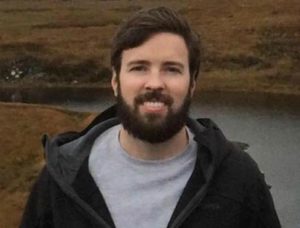 Stuart Force, it is safe to say, is a name no reader of the Intermountain Jewish News ever would have heard of, if it were not for another name that readers also would never have heard of: Taylor Force.

One living with a hero.

Rather: living with the memory and legacy of a hero.

Make no mistake. There are both: a memory and a legacy.

The memory is shared only by those who knew Taylor Force, including most poignantly his father Stuart Force, mother Robbi Force and sister Kristen Force.

The number of people who know the legacy of Taylor Force is vastly larger.

Because there is a law, now.

Passed by Congress, no less.

The Taylor Force Act states that no American governmental funds shall be given to a Palestinian entity that financially rewards terrorists or their families.

This graduate of West Point, this soldier for the United States of America in Iraq and Afghanistan, was taken down in a terrorist attack by a Palestinian on a stabbing spree in Jaffa that injured 10 others.

Taylor Force graduated in 2009 and was murdered March 8, 2016 while visiting Israel.

It is not just Jews, and not just Israelis, whom the Palestinian terrorists come for.

I spoke with Stuart Force, the father of Taylor Force, because Stuart Force is coming to Denver. He will be here to reinforce the legacy of his son, to inform people about the law in his name, to parade its morality and explain its necessity and thank its sponsors, including most notably Colorado Cong. Doug Lamborn of Colorado Springs.

Force will speak under the aegis of AIPAC at HEA on Monday, Aug. 27, at 6:30 p.m. (Advance registration required).

I spoke with him also to get to know a bit of the memory of Taylor Force.

What an ugly locution.

Pay somebody for killing somebody.

The Taylor Force Act says: The US shall not aid and abet this immoral contagion of murder.

The Taylor Force Act bans the US from financially supporting a policy, vigorously enforced by the Palestinian Authority, of rewarding the families of “martyrs” who kill people like the late Taylor Force.

Why is Stuart Force coming to Denver? Is his pain not deep enough that he must continue to speak about it?

But no. He is coming to Denver because over the last two years many people have reached out to the Force family “through our loss and through the Taylor Force Act to try to interrupt if not stop money from US taxpayers that goes to the Palestinian Authority theoretically for humanitarian purposes, but in reality rewards terrorists who do their deeds that took Taylor from us.”

In other words, the attempt to stop terrorism motivates the Forces.

They used to speak because it was “an opportunity to ask for support for the act. Now it’s an opportunity to thank people for their support. I hope we will have the opportunity to say kind words for Doug Lamborn for his good work for the Taylor Force Act. He and his wife and his staff have been terrific to my wife Robbi and I.”

“Don’t be complacent,” says Stuart Force. “There is still a lot of money being diverted to terrorism.”

How does Stuart Force come to Doug Lamborn, and vice-versa?

“I was contacted by Sandor Gerber, an Orthodox Jew from New York City, the founder of Hudson Bay Capital and very active in Israel-American projects. He saw the news item about our son and got in contact with us to express his condolences and told us about the ‘pay for slay’ program, rewarding terrorists with stipends for life. He was really upset with it and he asked if we would pursue this matter. He put us in touch with our senator, Lindsey Graham in South Carolina.

“Next thing we knew we were in Washington announcing the Senate legislation in 2016 at a press confrence. With the presidential election, nothing got done that year, which gave Cong. Lamborn the time to start the legislation in the House. He was the lead sponsor.

“That’s when we first got a chance to meet him and his wife Jeannie and his staff, in February, 2017.

“The Taylor Force Act was passed March 23, 2018. I had no idea how long things took, but many were surprised it was accomplished that quickly.

“This act requires the State Dept. to provide reports on where the American money is going. I don’t know if they’ve been able to move fast enough to withhold financial assistance pursuant to the legislation.

“The State Dept. is very aware of the money that goes over to the Palestinians. The ball is currently in its court in activating the act.

“Besides the financial aspect of the act, the other part of it is equally important. In order to start receiving aid again, millions of dollars per year, the Palsetinian Authority must demonstrate that they’re disavowing the terrorist acts they have been encouraging. They have to change their behavior.

“Abbas says that to his last dying day he’ll be paying terrorists, he calls them martyrs, he says he intends to keep paying them forever.

“Until they change their rhetoric and stop their incitement and stop incentivizing the killing, the money will be withheld.

“This is equally important in the long term, maybe more important — to disavow the terrorism.”

The Forces have made 20 to 30 trips over the past year-and-a-half, meeting with senators and congresspeople, calling attention to “pay for slay.”

“Support from the Jewish community, the Christian community and Israeli government has given us the strength. We’ve been so blessed.”

Stuart Force has spoken in Washington, DC, Ft. Lauderdale, Las Vegas, Newton, Mass., Scarsdale and elsewhere before Jewish organizations and PACs. He is scheduled to speak in Toronto in the fall.

Two weeks ago he spoke at Christians United for Israel in Washington and before that at the Middle East Forum in Israel. He has met with the US ambassador to the UN, Nikki Haley; and with members of the Knesset, which last July passed legislation that closely mirrors the Taylor Force Act.

After the act was passed in the US and Israel, Australia came up with a similar, executive directive — “there’s become more international awareness of this pay for slay,” says Force.

“My wife and I are starting to look if people need us to appear at a meeting, at the EU or the Canadian Parliament. We are going to make ourselves available.”

With a more personal focus on their son, the Forces have established a small 501c3 foundation to support organizations that Taylor would have, such as the West Point association of graduates, which aids cadets’ social clubs, organizations and teams that the government doesn’t support.

When Taylor was a kid he went to a boys camp, which has a non-profit arm to provide scholarships for the disadvantaged, and the Forces support that, too, “to give other young boys the chance to experience what Taylor experienced.”

“And he did make it a better world.”

Previous PostOreo, Oreo on the wall: fairest of them all? Next Post'BlacKkKlansman' is cautionary tale for 21st-century Jews