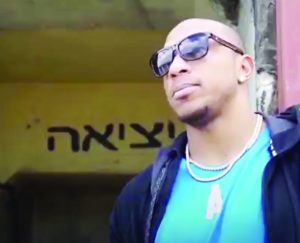 Seven current and former NFL players just completed a visit to Israel on a trip that was kept under wraps until the players landed in Israel.

The group, including some family members of the players, arrived in Israel on Feb. 13.

It featured Jewish brothers Mitch and Geoff Schwartz: Mitch is an offensive tackle for the Kansas City Chiefs, and Geoff retired in 2017 after playing nine years in the National Football League.

They were joined by Pro Bowl cornerbacks Chris Harris Jr. of the Denver Broncos and Josh Norman of the Washington Redskins; All-Pro linebacker Vic Beasley of the Atlanta Falcons; linebacker Avery Williamson of the Tennessee Titans; and tight end Austin Seferian-Jenkins of the New York Jets.

Several NFL players, led by Seattle Seahawks defensive end Michael Bennett, pulled out of a similar trip scheduled a year ago. Bennett said he felt “used” by the Israeli government to become a goodwill ambassador. Pro-Palestinian groups urged the players not to visit.

The players visited Christian holy sites in northern Israel, where some of the players were baptized in the Jordan River. They also joined Friday night Shabbat prayers at the Western Wall in Jerusalem.

On Saturday night, the players joined players in the Israel Football League on the field at the Kraft Stadium in Jerusalem. Israel has 1,350 active football players in a semi-pro league and dozens of high school teams.

Also on the itinerary: a dip in the Dead Sea, a jeep ride in northern Israel and a visit to the latest terror tunnel discovered in southern Israel.

Denver Bronco Chris Harris Jr. shared his thoughts on the tunnel in a video tweeted by the IDF Spokesperson.

“In the US you hear about ISIS and a lot of terrorist groups and things like that but you don’t really see how close it is. And here, you come to Israel and it’s like right here around the corner, like nextdoor neighbors. I think that’s one thing that kind of changed my perspective on this. It’s right here, it’s right knocking on the door, it’s so   . . . we’re so . . . close.

“It was great to be able to learn about the country. It kind of changed my mindset going home, how blessed we are.

“It was good to get this information, get this background on it, see how the regular civilians have to deal with, how the military has to deal with terrorist groups.”

He also told Times of Israel that he and his wife are “big Christians, and we just always had this on our bucket list to come to the holy land and see where Jesus walked.”

The trip was organized by America’s Voices in Israel, a nonprofit that provides high-profile Americans with the opportunity to experience Israel firsthand.

— With contributions from IDF Spokesperson