A sense of tragic déjà vu settled over Colorado this week in the wake of yet another mass shooting, this time in Boulder where, on Monday, March 22, a gunman killed 10 people, including Boulder Police officer Eric Talley, at the Table Mesa King Soopers. 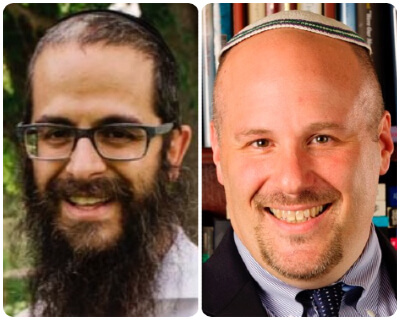 While the motives of the alleged killer, identified on Tuesday as 21-year-old Ahmad Al Aliwi Alissa of Arvada, remained unclear as of press time this week, Monday afternoon’s scenes of carnage and fear were all too familiar and disturbing.

Even more so, perhaps, for members of Boulder’s Jewish community, which shares memories of such local nightmares as Columbine and Aurora with those of the Tree of Life synagogue in Pittsburgh, where, in 2018, 11 Jews were slain in a similar attack.

As Boulder Jews, like Jews all over the world, were busy with pre-Passover preparations this week, their leadership discussed with the Intermountain Jewish News their personal reactions to the tragedy, as well as spiritual counsel for those traumatized by the deadly incident.

No evidence has surfaced that anti-Semitism motivated the gunman, and while no Jews appeared to be among his victims, the proximity of the crime in a relatively small city and the collective Jewish experience with mass shootings has brought the tragedy home to Boulder Jewry in a very personal way.

In a public statement released within hours of the shooting, Rabbi Yisroel Wilhelm, director of the Rohr Chabad Center at CU, wrote: “Our prayers are with the shoppers, employees, first responders and others affected by the shooting in Boulder.”

He added: “Please take a moment to pray,” and provided a link to Psalms, chapter 121.

“It could have been me,” is the striking way in which Rabbi Wilhelm put it to the IJN this week.

“Thank G-d it’s spring break, it was the wrong day of the week and so forth,” the rabbi said, indicating that the death toll at King Soopers could have been far worse.

He expressed gratitude for the rapid response of all the emergency personnel who flooded the scene of the shooting and made special mention of the officer who was killed in the line of duty.

“It’s extremely close to home. My son shops at that King Soopers twice a week. I was in that store the day before and I was shopping at another King Soopers in Boulder exactly when it happened.

“Boulder is a small town, so this is the kind of story that anybody in Boulder could say, ‘this could have been me.’ That’s obviously the first thing that comes to mind.”

Bringing it even closer to home, Rabbi Wilhelm said that he is a personal friend of a man whose girlfriend was among those slain.

“On a spiritual note, we know that Passover is coming up and that it is the Jewish holiday of freedom. We should come together and appreciate what we have, appreciate our families. A tragedy such as this makes it a lot more meaningful.”

The rabbi suggested that this week’s tragedy is something that Jews — especially Boulder Jews — should bring up in their Passover seders this week.

“I strongly encourage Jews, especially the local Boulder Jewish community, to stop and appreciate the fact that it could have been us but wasn’t us; to be thankful that we can be with our families and that we can celebrate our freedom and hope that we should never experience something like this.”

Rabbi Wilhelm intends to discuss the shooting at his Passover sermon this week, which is to take place, along with what he describes as several small seders, in person, at Chabad’s facility in Boulder, in a socially distanced, masked and otherwise safe fashion.

Since much of his outreach in Boulder is to Jewish students at CU, the rabbi was not surprised this week when his phone began ringing on Monday afternoon.

“Students have been calling me and my wife all day,” he said on Tuesday. “I know they’re all extremely scared. There’s going to have to be a lot of healing. My focus is to give them emotional support.”

“I am heartbroken. Period,” Rabbi Greene told the IJN on Wednesday morning.

“I didn’t know them personally, but I didn’t need to. They are all loved ones, they are all part of a community with hopes, struggles, dreams . . . just like any of us.”

Anger was also part of his reaction.

“After my moments of heartbreak, I then became angry. My anger comes from a place that is so disheartened because, as a friend and colleague reminded me, we were advocating for gun violence prevention to our federal representatives 33 years ago in my living room when we were high school students in NFTY, the Reform movement’s youth movement.

“Rabbi Rick Brody, the JFS chaplain in Denver, wrote to me and shared how — after all these years — it hasn’t changed enough. He’s right.”

In the days following the Boulder shooting, Rabbi Greene has been busy counseling his congregants and other members of the Jewish community.

“I am guiding my community to be open to their feelings of grief,” the rabbi said. “Americans don’t ‘do grief’ very well. We hide from it, we repress it and we ignore it as if it is a sign of weakness.

“I don’t think that is true, nor do I think it is a Jewish response. We need to grieve, feel our fears, and little by little, whether it is through prayer, reflection, a hike or an act of justice, we can move forward to bring meaning back to our lives, to our world and to the memories of the murdered.”

There is a Passover dimension to the message that Rabbi Greene wants to convey.

“My message to my congregation connecting to Pesach is simple. We welcome Elijah to our seders with his own cup of wine, a cup that for now still represents hope in a better tomorrow. I hope that our invitation to Elijah will be filled with greater intention for a better world that we need to repair,” he said.

“I believe that we change the world this coming week. I believe with a whole heart that we can advance care and empathy, and advocate for change to bring greater security and calm to our communities.”

Scott Levin, regional director of the Anti-Defamation League, also referred to the Psalms in his statement in the wake of the shooting, and expressed support for efforts to counter the gun violence plaguing America and the world.

“One of my rabbis often reminds us that the Psalmist purposefully writes about walking through the valley of the shadow of death,” Levin wrote.

“I urge us to take the time to grieve each and every life that has been lost, but then — in order to get through this valley — I ask that we all put one foot in front of the other to counter gun violence.”

Less than a week before the Boulder shooting, Levin said, eight people, including six Asian women, were murdered in a mass shooting in Atlanta. Since the beginning of 2021, 107 mass shootings have taken place in America, he noted, and “it does feel as if we are in the valley of the shadow of death.

“Words cannot adequately explain the grief and sorrow that we have for our friends, neighbors and all the people of Boulder as we contemplate what took place yesterday at the Boulder King Soopers.

“We do not yet know the motive of the murderer. What we do know is that nine people standing in line to receive the COVID-19 vaccine, working in the store and shopping for food and the necessities of life that would have sustained them and their families, and one heroic officer who ran toward the gunfire, tragically lost their lives.”

The Boulder Jewish Community Center, in a statement on Monday from executive director Jonathan Lev and board president Lee Strongwater, said:

“We are shaken to our core, and we mourn the loss of life. Our thoughts are with the families of the victims, law enforcement, and first responders who put their lives on the line for our beloved community.

“We are traumatized. This is our home, this is our grocery store. We have been there for each other throughout an incredibly difficult year.”

The next day, the Boulder JCC published the names of the victims — ranging from in age from 20 to 65 — and said:

“Our beloved community experienced a tragic loss of life, and we are sad and grieving.”

On Tuesday night, the center held a virtual gathering with Boulder synagogues and rabbis entitled “Coming Together as a Community” and announced that the Community Foundation of Boulder County has established a fund to support victims, their families and their community.

It also noted that donations for the family of fallen policeman Eric Talley should be forwarded to the Colorado Fallen Heroes Foundation.

“We are thinking of you,” Lev and Strongwater wrote, “and we are heartbroken.”

Previous PostPassover 5781: How is this year different? Next PostIsrael election: path forward uncertain